The impact women have had on psychology The most influential psychologists are often thought to be males, for example, Sigmund Freud, B.F. Skinner, Jean Piaget, along with other theorists. Unfortunately, the involvement of female psychologists is often disregarded; despite having brought ground-breaking contributions to the field of psychology, women faced discrimination due to their gender.

In the early 1900s women had many problems when trying to practice psychology and progress within the industry. Many were not allowed to gain an education alongside men, despite earning the position to study.

Particularly, Mary Whiton Calkins: she was an American psychologist who was the 14th president of the American Psychological Association (APA) and the first woman to serve in 1905. Even with Calkins publishing four books along with over a hundred academic journals, she was refused her doctorate from Harvard on the basis that Harvard did not accept women, in spite of passing all exams and receiving outstanding recommendations from her Harvard professors.

After refusal, Calkin returned to her career of teaching, along with continuing to aid the academic world. She was offered a doctorate from Radcliffe College; however, Calkin rejected this offer out of principle. Outside of her work of psychology and philosophy, Mary fought for women’s rights and equality. Calkins demonstrated that women were equally as capable as men – considering she was a woman who achieved many firsts in the field.

On National Women’s Equality Day remember the strength of Mary Whiton Calkins and break through your own barriers. 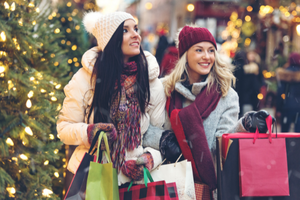